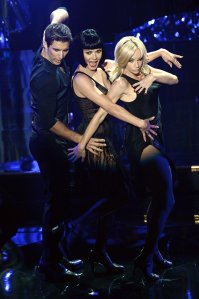 Sunday’s Academy Awards ceremony was one of my favorites. I have a large amount of movie critic fans who had a host of negative things to say about the way the show ran and the ultimate results. And of course, as many have noted, Seth MacFarlane wasn’t exactly a crowd favorite. Fortunately, as a lover of music, none of these minor details tainted my viewing.

You see, while the Oscars are typically a celebration of film, Sunday’s ceremony  celebrated the importance of music.  It highlighted the extent to which the film (if not entertainment as a whole) industry relies on the glories of music. Tantalizing tributes to musicals sent chills down my spine. Few things are as powerful as hearing the union of so many vivacious voices pairing with the booming sounds of an orchestra. It’s no coincidence that the Academy chose to commemorate 50 years of 007 with a medley of the legendary tunes that have been enhancing the identity of the series since the beginning.

My personal highlight of the night came in the form of a hot jazz number.  Chicago is my all-time favorite musical, and the 2002 movie blew my mind. I was in 6th grade when the movie came out, and the vocal performances of the powerhouse cast left me staring at the screen in awe, reflecting on what I had just experienced as the credits rolled past and the DVD defaulted back to the main menu. Catherine Zeta-Jones has always had a special place in my heart, and to see her reprise her award-winning role as the great Velma Kelly 10+ years after the smash hit movie was released and after she herself went through serious rehabilitation and treatment for her severe bipolar disorder was nothing short of phenomenal. In spite of the years that have passed and the toils she’s worked through, CZJ’s voice rang as clearly and wholly at the ceremony as it does on my well-worn DVD of the movie. 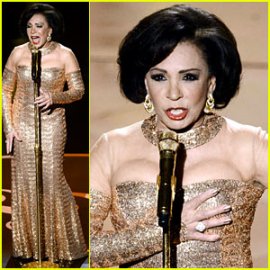 Music is timeless. A song can summon a long-forgotten memory and replay it before one’s eyes. The clarity of an image or of a film can give away its age. Fashion trends come and go. But the sound of one’s voice, or the sound of an instrument, can live forever. Music is the fountain of youth.

Knowing that music can control an audience and fuel a cause is why the Academy chose to celebrate singers and the songs behind the movies as much as actors who brought the roles to life. Sometimes, words and body language are limiting. They can only express so many things. A defining major or minor chord can completely change the way in which a person interprets or relates to a scene.

In figure skating, competitors often chose scores from powerful movies like The Man In The Iron Mask or delightfully artistic movies like Chocolat. We do not do so because of the acting in the movie, or even the plot line. We do so because of the dynamic emotive quality of the scores. It allows us to exhibit our own forms of the characteristics the score originally defined in its film. Music gives us power. 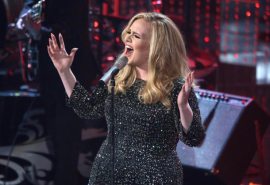 This is why fans of an artist get upset when they see a song being misused or misrepresented in a commercial. It pains them to see the power of a song supporting the wrong cause, or simply being forced into a misshapen mold. Using the wrong song at the wrong time can truly hack the life of a movie or a commercial to death. Malformed soundtracks can disorient a viewer and the mixed symbols can cause them to form a negative opinion of the product as a whole.

Putting the right sound to the right product is an underrated art. Few take the time to appreciate how a melody enhanced a movie, or how a song gave an event its identity. There is a fine line between empowering your product and turning off the media as well as your entire target audience. Those who dance on the line and end up taking their final bow on the side of triumph absolutely deserve our attention as well as our standing ovation.

This is ultimately why I greatly appreciate this year’s Academy Awards ceremony. Finally, music gets the attention and the appreciation in the film industry that it so richly deserves. Next time you watch a movie, I encourage you to take note of the melodic accompaniments. Become aware of the way it fills your soul and aids in your cathartic development. Love music the way the Oscars did. 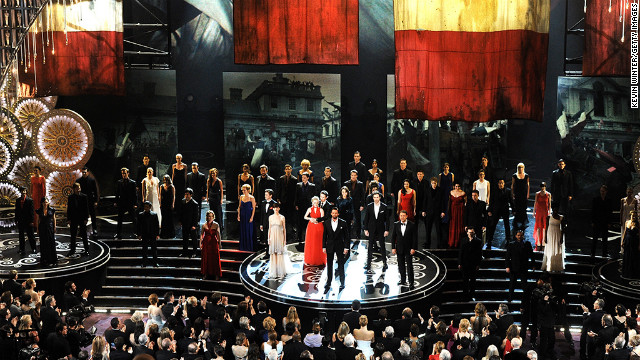 Me and my very best friend at #HeartBallMKE! 😂❤️
A man and a woman were wed this past weekend!
❄️❤️ #icecastles
Is it time for another adventure yet? #californiadreaming
Always and forever. ❤️⛸ #skatingfriendsarethebestfriends
29, feeling fine.✨ Thank you, thank you, thank you to friends old and new for getting together to celebrate as I entered the final year of my 20s. Had so much fun, I forgot to take a bunch of photos! Only got about half the crew in these. 😂 Special shoutout to @kayyonce for getting the Saint Kate singer to formally introduce me as I walked in and sing a moving rendition of Halo once I was seated. Best. Birthday. 🥂