Recently, Queen Bey bestowed a teaser video to her loyal subjects for her upcoming single “Grown Woman”. Ever since her dynamite Super Bowl appearance, fans have been more anxious than ever to have access to new Beyoncé material. Naturally, Pepsi’s PR team decided to use the demand for their Bootylicious brand ambassador to their advantage (in fact, it was so brilliant that Diet Coke quickly attempted to follow in the Queen’s footsteps).

As a PR person who loves all things branding and a music person who loves all things Beyoncé, this video was one of the best things that could ever happen to me. Not everyone seemed to share my sentiments, however. A look at Sasha Fierce’s Facebook post premiering the new video reveals a comment by a disgruntled gentleman who laments, “We’ve waited so Long for a PEPSI COMMERCIAL?!” followed by emoticons that further emphasize his disappointment.

Was this a smart move for Beyoncé and/or Pepsi?

The mega popular Grammy winner had already received flak regarding the muddled ethics behind her deal with Pepsi, but I am going to go ahead and say it: Well played, Beyoncé. Well played, Pepsi.

Here’s the thing: Pepsi has consistently striven to remain relevant by latching on to pop icons that shoot Pepsi back into the minds of the masses. For the most part, this strategy has worked for them. The public expects this from Pepsi. The always-second-to-Coke brand had nothing to lose and everything to gain by snagging the ever-fabulous Queen Bey. Even if the “commercial” barely touches upon the brand and focuses largely on Beyoncé’s new music, Pepsi is still winning. They are now attached to her, so by promoting her new music, they are also promoting themselves. 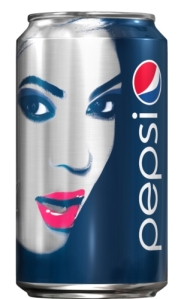 Ah, but what about Pepsi’s most recent pop culture icon? What is this ad doing for her? Anything? I’d say yes.

I mean, really. Everyone should know better. There is no way Beyoncé would just let this all fly past her. After all, who runs the world? Beyoncé does. Because, as this article brilliantly points out: “Celebrities don’t just want creative approval anymore, they want creative control.” This is why she could turn a Pepsi commercial into a promo video. What I especially enjoyed about this promo video was that it did not just promote her latest song—it promoted her entire career. Viewers were reminded of all her past successes as all the Beyoncés of music videos past joined the most current Bey in flaunting their skills. It promoted Beyoncé as a whole.

In a time where personal branding is of the utmost importance, Beyoncé made a smart move. And, let’s not forget that Pepsi paid her for all this.

Sure, some are annoyed with her brand choice. Still others are annoyed with the way in which she is manipulating the power of anticipation through her teasers and teasers for teasers. But is she going to lose any fans over this? I highly doubt it.

Rather, she’s ensuring that she stays relevant. This Pepsi ad gives her a chance to remind people of her successful past, her successful present, and her (most likely) successful future. You go, girl. #BeyHereNow